“Biology is the study of complicated things that give the appearance of having been designed for a purpose.”

Quote from The Blind Watchmaker by Richard Dawkins

That is a statement presented by Richard Dawkins and if you took it at face value you may conclude he thinks biology is designed for a purpose. He does not! For him biology is a semi guided fluke, a happenstance, a single chance in a multi quadrillion of other chances that all failed. He denies any designed process or any kind of designer. But he does have a contender of sorts: more about that later.

To me the above quote is a counter factual, counter intuitive statement. It makes no sense. Why? Because we live our lives on the presumption that what we perceive has the appearance of design has been designed, and in making that assumption we are hardly ever wrong. I cannot think of any occasion when I have felt confused on this issue. Dawkins would argue I am in a constant state of confusion. I think a blade of grass is designed. Dawkins would deny it, despite its genetic code which defined its shape, colour, width, length. When it comes to nature he says some very odd things. He is like a revolver that spontaneously backfires. He has said of willow seeds falling in their thousands onto the banks of the canal passing his house that they are like floppy discs. The quote below is from his book The Blind Watchmaker.

“It is raining DNA outside. On the bank of the Oxford canal at the bottom of my garden is a large willow tree, and it is pumping downy seeds into the air. … [spreading] DNA whose coded characters spell out specific instructions for building willow trees that will shed a new generation of downy seeds. … It is raining instructions out there; it’s raining programs; it’s raining tree-growing, fluff-spreading, algorithms. That is not a metaphor, it is the plain truth. It couldn’t be any plainer if it were raining floppy discs.”

It seems reasonable to ask what are floppy discs, even as metaphors doing in a nature that is undesigned? Here is a definition of a floppy disc…a type of storage media capable of storing electronic data, very much like a computer file. Dawkins also says of willow trees that they are raining Dna in the form of seeds. Dna is a complex molecule that contains all of the information necessary to build and maintain an organism. Both Dna and floppy discs fulfil similar functions. The only difference is that Dna is light years in advance not just of floppy discs but of all man made data storage devices. And yet Dna is undesigned: the product of Dawkins blind watchmaker.  The far less efficient of the two, floppy discs were the result of human ingenuity. An idea, something entirely new, an invention, prototypes, fine tuning and concentrated human teamwork over years. If you reread the quote above you will notice Dawkins adds algorithms and programmes and specific instructions to describe the willow seed. He even goes so far as to say this is not a metaphor. But if it is not a metaphor, then what the heck is it? Every example he uses implies intelligence and design concepts. Dna is so good it can be artificially modified by researchers to create biological novelties. Examine each one of the non metaphors Dawkins uses to describe the information bearing willow seeds, and note they are without exception based on human design concepts.

An algorithm is a process or set of rules to be followed in calculations or other problem-solving operations, especially by a computer. Every part of it is designed.

Dawkins cannot give an analogy for Dna in any other terms than that of design.

Below is the ultimate example of his confusion and desperation. He introduces a novel anthropic being: a human like figure created from imagination as the agent of change. Dawkins might just as well have used the other well known cop-out: Mother Nature. She would not exist either if nature was so not chock a block with apparently designed features.

“In the case of living machinery, the ‘designer’ is unconscious natural selection, the blind watchmaker.”

Above is a graphic example of “complicated things that give the appearance of having been designed for a purpose.”

That absurd comment is along with innumerable others is applied to the above graphic. An illustration of by far the most ingenious piece of engineering nanotechnology ever seen. They are in your body and mine in their countless trillions. Ubiquitous throughout nature this is molecular machinery without which life on earth could never exist. It represents nature’s way of producing energy. If we could reproduce it then our desire for an efficient, clean energy solution to our needs would be solved.

Dawkins advances the idea that the living machinery, by which he means the above, some of the most complex systems on earth like Dna, protein motors, cells etc. are in one category and undesigned; while far less complex man made machines are in another, designed. He accepts the inferior technology is designed while denying that explanation for what are greatly superior systems. For these he proposes his blind watchmaker. Just about the most useless fiction it is possible to construct. And having created this blind, unconscious force of nature who cannot plan and has no purpose, Dawkins then assumes it capable of overwhelmingly impressing us with its illusion of design and planning. Listen to him.

“Natural selection is the blind watchmaker, blind because it does not see ahead, does not plan consequences, has no purpose in view. Yet the living results of natural selection overwhelmingly impress us with the illusion of design and planning.”

“Natural selection, the blind, unconscious, automatic process which Darwin discovered, and which we now know is the explanation for the existence and apparently purposeful form of all life, has no purpose in mind. It has no mind and no mind’s eye. It does not plan for the future. It has no vision, no foresight, no sight at all. If it can be said to play the role of watchmaker in nature, it is the blind watchmaker”

A question: is this blind watchmaker even possible? If not then the argument collapses and along with it goes natural selection. By instinct we doubt that a blind human, even if he had once been a watchmaker could continue to make watches once his sight was gone. But Dawkins is in a much worse position. His watchmaker has in his own words. no mind and no mind’s eye, he does not plan for the future, has no vision, no foresight, no sight at all. In other words the blind watchmaker of Dawkins imagination would not even recall what had been achieved. Would not even know when the building process stopped. It would be like me writing a sentence without any concept of a finishing point: a full stop, question or exclamation mark. This pathetic invention of Dawkins has no plan, therefore it cannot conceive an idea or know that it is wrong or when it is going wrong, or why or how correct it. The reason, it has no idea what it is doing or why. It does not even have the instinct to bring together the component parts, or to put them into a systematic order or to conceive a future purpose or function. His watchmaker is not just blind he is also clueless.

Remember this, in his mind Darwin’s natural selection and Dawkins’s blind watchmaker are one and the same. How can this highly intelligent man believe what he professes to believe? He knows what is designed without even thinking about it. He walks on a beach and sees a long sharply cut line in the sand. He may smile and think about the child who made it while running erratically across the beach trailing a toy spade. The design inference is all around us and he knows it. He knows that the willow tree and its scattering of seeds is proof of something. That is why he introduced algorithms, instructions and programmes. He knows computer like systems are operating in the seed and therefore fulfil the expectations of a designed product. His faith compels him to admit they demonstrate the “appearance” of design. He writes like a man lost in a maze.

Take a look at the video below and realise all of this is programmed. The plant which Dawkins believes is undesigned follows instructions, and algorithms; problem solving operations usually associated with computers. This information according to Dawkins is planted into floppy disc like technology found in plant life. Even if the desired  outcome, that the willow tree and its seeds have evolved, Dawkins still remains stuck on the horns of a dilemma. From inferences drawn from his own comments, the process causing the undesigned plant to grow all point to design. His choice of language drives us  towards that being the only logical solution. Dawkins virtually admits it simply by using the terms he does. And why does he use these terms? Because they are the only ones applicable. Dawkins hates the God argument in favour of design and yet his version of the truth, that Dna just evolved before life was even able to replicate itself is much more difficult to believe. The abject failure of Dawkins to substantiate his argument leaves the door open to another explanation. Open your bible and you will find the Designer right at the very beginning. 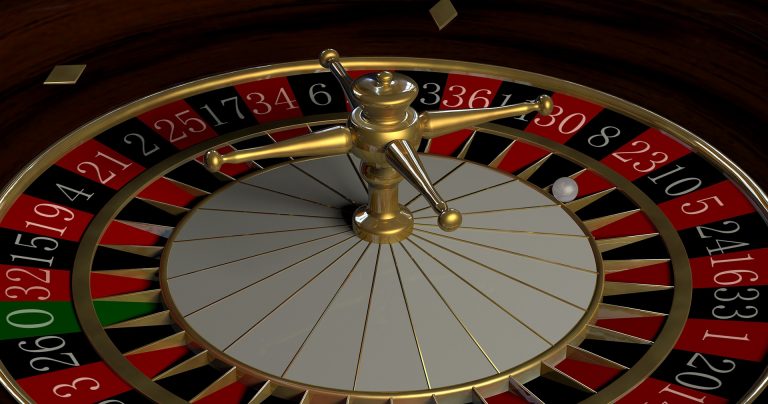 We have been fed a diet of myths concerning nature and its wonders for so long we have developed a taste for them. We 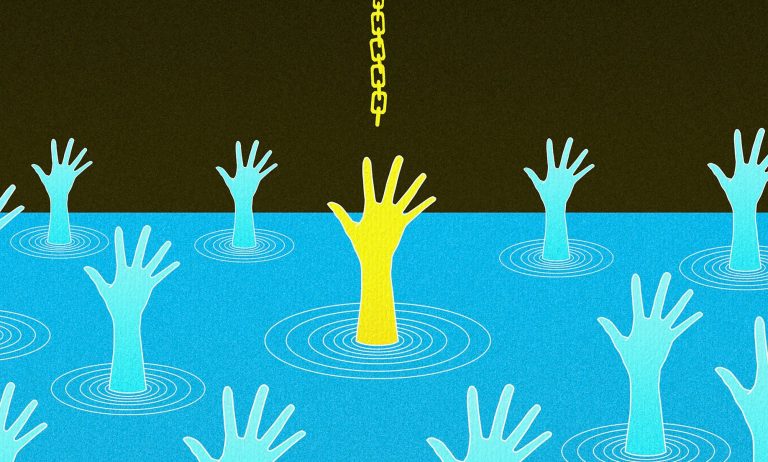 “Then They Came For Me.” 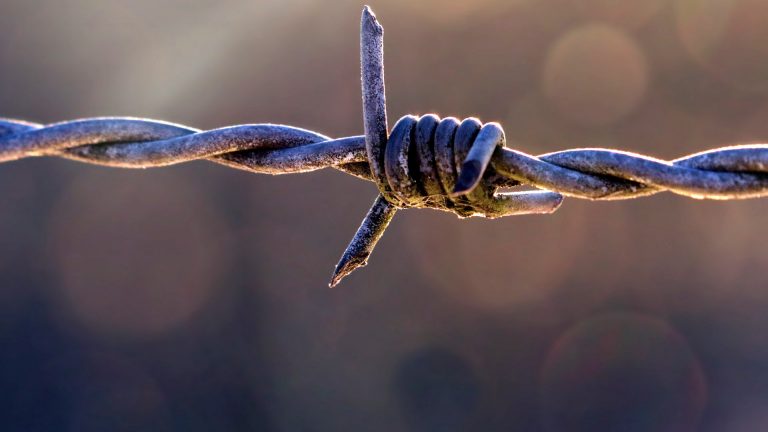 Where are we headed? During the last century two very famous dystopian books were published: A Brave New World by Aldous Huxley published in